Traditional hardware tools face a new round of changes 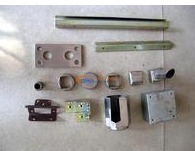 The number of hardware tools has leapt to the world's first planned economy era. All industries and industries have a tendency to expand in quantity, but the tool industry has performed even more prominently. By the end of the 1980s, the basic contingent of more than 100 key enterprises and fixed-point enterprises in the tool industry had formed an annual capacity of 300 million high-speed steel cutters and more than 10 million measuring tools. The number of high-speed steel cutters ranked first in the world.

At the same time, our neighboring tool manufacturing country Japan, the annual output of high-speed steel cutting tools reached the historical record of 120 million. Since then, due to the upgrading of the manufacturing industry, the demand for standard cutting tools has decreased, and the output has gradually dropped to 90 million pieces.

The size of China's manufacturing industry is less than that of Japan, but the output of tools is three times that of Japan. Obviously, it has reached a dangerously expanded area.

The expansion of quantity has affected the export market. In the last five years, the price of tools has been lowered repeatedly. Some companies even down 40%-50%, the country's sales have only reached 200 million or so, showing the culprit of excessive production.

What is even more serious is that in the mid to late 1980s, due to the optimistic assessment of the market prospects, key players in Chinaâ€™s tooling have not only expanded themselves, but also cultivated a large number of joint ventures to increase production capacity.

Afterwards, most of these joint ventures were separated from the parent company's independent development, and some state-owned enterprises set up their own factories in the sea to form the first batch of private tools and township enterprises in China.

These enterprises are relatively flexible in their mechanisms and do not have the historical burdens of state-owned enterprises. They may have become a new force in the reform and development of the tool industry.

Unfortunately, due to various restrictions on talents, technology, equipment, and management levels, many of these companies are still taking the old road of expanding numbers, and intensified. In just 10 years, the total volume has soared to 10%. Billions of items are concentrated in low-end products such as twist drills, construction drills, woodworking tools and calipers.

Although the number is large, sales account for only about 30% of the total value of the domestic market. Although due to brand and quality reasons, these products have not entered the formal manufacturing tool sales system at home and abroad, but they have caused a great impact on China's tool export market.

Mistakes in the development of industry strategies led to a structural weakness in the market The second major mistake in the development strategy of the hardware tool industry was the unresponsiveness to the wave of technological innovation and international manufacturing. Did not seize the opportunity to timely upgrade the structure of China's tool products and services.

The overall level of China's tool industry and the gap between foreign countries, after 20 years of reform and opening up, have not been reduced but increased. This is a grim fact that we have to face.

We know that Western developed countries completed the post-industrialization stage in the 1960s and 1970s. From the 1980s, they gradually entered the knowledge represented by the development of high-tech industries such as information, biology, new energy, and new materials. In the era of economy or new economy, there has been a wave of high technology transforming traditional industries.

In this major transformation, the machinery industry put forward unprecedented high standards for its tool products, one of the main processing methods. To sum up, it is high-precision, high-efficiency, high-reliability and specialization, that is, the so-called three high and one special.

This requirement and the tool industry's traditional standardization, generalization, and serialized production of the same model of product development have produced great contradictions and conflicts.

In the early 1960s, the new four-roller twisting process was developed and promoted. By the early 1980s, it was eliminated in developed countries.

In order to catch up with the development requirements of modern machining, the foreign tool industry has resolved to target the new goals of â€œthree highs and one specializationâ€, to completely change the old development model and move toward a new height.

This all-round development and improvement requires a lot of capital investment and intellectual investment. At this time, we have lost the best opportunities for development. Some companies with weaker capabilities have gradually lost their power and have withdrawn from the stage.

From these developments and changes, it is not difficult to understand that the gap between China's tool industry, which has stagnated, and the rapidly growing foreign tool industry, is an inevitable result.

In recent years, people in the industry have often complained that the market is weak and sales are sluggish. In fact, the market demand structure is being adjusted, the production structure has not been adjusted, and structural weakness has occurred.

There are figures in this respect: According to the statistics from 1998-2000, the import of cutting tools has increased from more than 40 million US dollars per year to more than 80 million US dollars. It can be seen that in the field of high-tech products, the market demand is still very strong.

We must learn to compete in the market to survive in the predicament. Reflection: There is no way out, we must learn new ways of survival and development in the market competition.
Home
Recent Posts
Archives
tags