6 ways to solve the problem of infrared smart camera cooling

October 29 13:19:14, 2020
Most infrared smart cameras will encounter a common problem during the use process, namely heat dissipation. Follow Xiaobian to understand the heat dissipation problem of infrared cameras and its six solutions.

Due to the configuration of the infrared lamp with a large amount of heat, after the infrared lamp is started, there will be heat concentration in the front part of the infrared camera during the whole working period (in 12 hours), that is, the temperature in the front end of the cavity is high, and if the heat is not evenly distributed, Will affect the normal operation of other components such as cameras. For example, 50 Â¢5 infrared light panels, the temperature on the LED board can reach almost 90 degrees for a long time.
Since the radiant power of the infrared illuminating LED is proportional to the current, many non-standard manufacturers use the method of increasing the current to increase the illumination effect. However, the higher the current, the higher the temperature. Although the illumination effect is improved, the machine itself is greatly damaged by the overheating of the LED. Among them, the CCD behind the LED board is the most direct victim. CCDs can only be supported up to 60-70 degrees long. 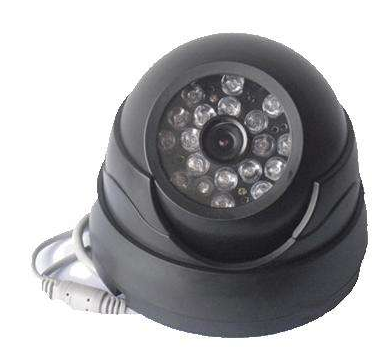 In order to solve this problem, the methods used by various vendors are also different. There are basically the following six types:
1. Reduce the current. The use of low-power infrared lamps instead of high-power infrared lamps, although reducing the amount of heat, but when irradiated long distances, the effect is certainly not as good as the latter.
2, in the machine inside the cooling fan, the effect is certainly there, but the test of the fan is very strict, and the addition of a fan for the design of the shell is also a test, to ensure the beauty is also practical.
3. Use a constant current power supply. Keep the current constant and control the heat dissipation of the LED.
4. Grouping of LED lights. For example, in the case of 24 infrared rays, it can be arranged in 3 groups to reduce heat.
5, the choice of structural materials. For example, the LED light board and the outer casing are made of a material such as aluminum alloy which has a relatively good heat dissipation.
6, using the automatic cooling and air conditioning with forced cooling and cooling effect, automatically adjust the internal temperature of the body, a good solution to this problem.

I hope the above 6 methods can solve the heat dissipation problem of your smart infrared camera.