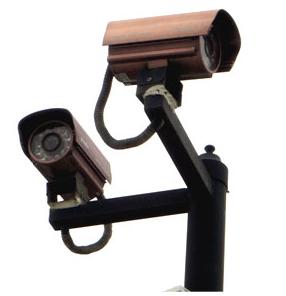 Zhao Ruidong, Mayor of Xiangyang, first of all spoke on behalf of the Liyang Municipal Committee and the Municipal Government to extend a warm welcome to the participants and briefly introduced the economic and social development of Xiangyang. He said that in recent years, Liyang has thoroughly implemented the spirit of the 18th National Congress of the Party and the 2nd and 3rd Plenary Sessions of the 18th Party Congress, and has carried out the educational practice of the Party's mass line and the "one-make, double-excellence" event of Liyang City as the impetus. Seize the opportunity of the â€œthree national strategiesâ€ of the province, commit to scientific development, catch up with the development, implement the â€œ4321â€ development strategy in depth, adhere to the â€œ1234â€ working mentality, create basic advantages, expand the volume structure, and build The mechanism has been revitalized, with early work, quick-drying, and more work. The economic and social development has shown a good momentum. In 2013, the major economic and social indicators of Liyang jumped dramatically, surpassing the average level of the province, and the growth rate of 16 indicators entered the first phalanx of the province. Xiangyang Development has entered the fast lane and has reached a new historical starting point.

Zhao Ruidong pointed out that in recent years, the Xiangyang Municipal Party Committee and the Municipal Government have taken the social security prevention and control system as a basic project, and have solidly promoted the construction of Pingyang Fuyang. In 2012, Xiangyang City listed the construction of the "Starry Sky" technology prevention system as one of the ten projects for people's livelihood, with the goal of "high-clarity and full coverage of urban areas and all villages" as a goal, making overall planning, increasing investment, and strengthening management, accelerating perfect. At present, cities, counties and townships have invested a total of 480 million yuan in special funds, installed more than 8,000 high-definition video probes, more than 26,000 standard-definition probes, and achieved a â€œthree-tier platform, four-level networking, and high- The goal of clear probe coverage, weaves the â€œsafety netâ€ and â€œprotection netâ€ for the protection of the masses, significantly improves the ability to control public security situations, significantly reduces the number of criminal security cases, and ensures the overall social harmony and stability of the city. In 2013, the survey on the safety of the people and satisfaction with law enforcement ranked first in the province.

Zhao Ruidong emphasized that it is a long-term systematic project to do a good job of building technical defense and build a social security prevention and control system. In the next step, we will use this as an opportunity to conscientiously study and understand the spirit of the conference, learn from the good experiences of our fraternal units, and take the construction of Pingyang as a goal, and the province as a carrier of the â€œbasic infrastructure construction and improvementâ€ campaign. Further deepen the construction of technical protection, focus on sinking, move forward at the gateway, increase investment, lay a solid foundation, and continuously improve the level of comprehensive management of political and legal affairs and peace construction.

At the meeting, Chen Zhizhong, deputy director of the Provincial Public Security Department, made specific arrangements for the construction and management of video surveillance in the province.

Before the meeting, the participants visited the Xiangyang City Emergency Response Command Center, the Qingfeng County Public Security Bureau, and the Mazhuangqiao Police Station of Qingfeng County. They inspected the construction and operation of the â€œmonstarsâ€ video surveillance project in Puyang, and watched the introduction of Fuyang, Yongcheng and other eight cities, counties and districts in the construction of video surveillance construction management documentary.

Feed additive is a small amount or a small amount of material added in the process of feed production, processing and use. Feed additive is a Raw Material for modern feed industry must use for strengthening basic feed nutritional value, improve animal production performance, guarantee the animal health, save feed costs, improve quality of animal products and other aspects have obvious effect.

Feed Additives are divided into Microbial Feed Additives and Chinese Herbal Feed Additives. Among them, the microbial feed additive is a kind of microbial product that replaces or balances one or more bacterial strains in the animal ecosystem. In a narrow sense, it is a kind of microbial product that can stimulate the growth of beneficial bacteria and resist the growth of harmful bacteria. Microbial feed Additives containing a large amount of beneficial bacteria (active lactobacillus, bifidobacterium, bacillus), compound enzyme, chelating peptide, mildew remover, etc., as the inside of livestock and poultry feed, can rapid reproduction, on the one hand, into the bacterial metabolites and gut endotoxin inhibits the growth of other harmful flora, on the other hand, it formed the normal microbial flora in the host, synthesis of main vitamin for host, provide nutrition and prevent the invasion of pathogenic bacteria.