The next generation of cell phone battery technology secret

Smart phones have made great progress in recent years. More powerful processors, graphics cards, ultra-clear and even flexible screens are all impressive. However, the breakthrough in battery technology is slow, and we still have to endure a day or so of endurance. Although we have always been concerned about the development of new material batteries, in fact, the lithium battery technology is still the most likely to achieve a breakthrough in the near future. Below, we will take a look at the development of the next generation of battery technology.

What is a lithium battery? 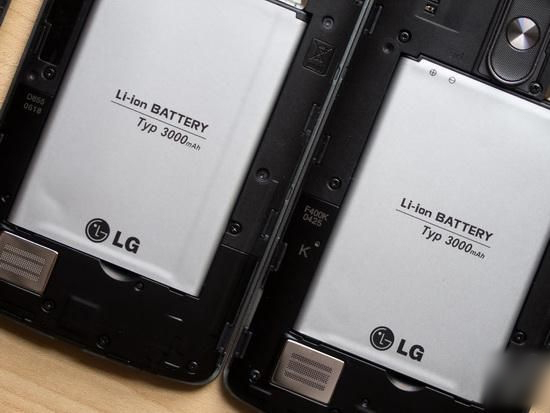 Lithium batteries use lithium metal or lithium alloy as negative electrode materials and non-aqueous electrolyte solution batteries. Compared with previous nickel-metal hydride batteries, they have larger capacity, better stability, and repeated charge and discharge characteristics. After years of development, they have become quite mature. All current consumer grade lithium batteries are made of anode graphite. As for the shortcomings, through frequent fire and explosion news reports, we have also learned that lithium batteries can easily get out of control and explode in the event of a short circuit or overheating. This is why we encourage users to use original batteries, chargers, and data cables to prevent lithium. The battery is short-circuited.

The improved form of lithium batteries is diversified, but the direction is basically established in terms of better safety, charging speed, flexible form and performance, etc. Let's take a look at several new technologies that are expected to make breakthrough progress.

First of all, the safety of lithium batteries is the problem that people most want to solve. Scientists have discovered that an organic solvent called PFPE is more stable, which can reduce the influence of crystallization on the electrodes, improve safety and prolong battery life. Although this technology still needs some time to test, it is expected that lithium batteries that are not easily flammable will be available soon.

The R&D team at Nangyang University of Technology has developed a new type of lithium battery. The idea is not the same as other technologies. It does not increase capacity, but charging time. In just two minutes, you can quickly fill 70% of your battery and charge more than 10,000 times. This technology uses titanium dioxide instead of graphite as an anode material, and Qualcomm also uses a better control chip to achieve a more stable charging effect. This technology is characterized by low cost and is very suitable for mobile products and electronic automotive industries.

Scientists at Stanford University have recently published a paper and found that ultra-thin carbon clusters can allow lithium metal as the anode, which is 10 times higher than that of current graphite anodes. However, at present, its efficiency can only reach 96%, and it will take time to enter the consumer electronics market.

In addition, a Chinese Taiwanese company has also recently announced the production of flexible ceramic lithium polymer batteries, with extremely safe features. Although the battery capacity may not be ideal, it is very suitable for wearable devices and is expected to be launched in the market this year.

The other two promising new types of lithium batteries are lithium-sulfur and lithium-air batteries. The former is characterized by the fact that it does not require highly volatile solvents, which greatly reduces the potential for fire hazards, even if it is subjected to large impacts; the latter has a theoretically higher energy density and is suitable for electric cars and other products, but the challenge is the need for new types of Electrodes and electrolytes. From the current point of view, lithium-sulfur batteries have the advantages of large capacity, low cost, and high security, and are likely to become the mainstream in the first place.

The supercapacitor is a battery technology different from the traditional lithium structure, which can realize large-capacity and ultra-high-speed charging forms, but the main obstacle is that the capacitor cannot normally store energy. China's Tsinghua University, the University of Texas, and the National University of Singapore are all developing ultracapacitor batteries with different storage materials, including carbon nanofluids, graphene, etc. However, these technologies still have hidden dangers such as bulkiness, high energy concentration stability, and so on. It is difficult to popularize in the consumer market in the short term.

Magnesium is also a metal element that is expected to be applied in the field of batteries. Magnesium ions can carry twice the energy of lithium ions, while having shorter charging time and stable performance. The magnesium battery has been commercialized several years ago, so it is expected to appear faster in the consumer sector than other new battery materials.

The above new battery technologies are still at the R&D stage, but it is certain that improved technologies based on lithium batteries are expected to land on the market first, and we are expected to use lithium batteries that are faster, more durable, and safer within a few years. The completely different types of batteries, such as super capacitors and magnesium batteries, need to be improved. Once successful, the next revolution of electronic equipment will come.