Export of hardware power tools is still not optimistic 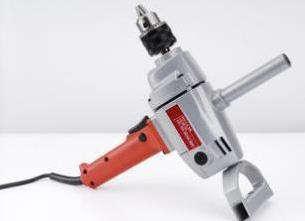 According to statistics, from January to June this year, Yongkang exported a total of 5289 batches of electric tools to 8.654 million units, with an export value of US$162 million and an average unit price of US$18.71 per unit. Compared with the same period of last year, batches increased by 4.05%. The export volume, amount and average unit price decreased by 5%, 9.57% and 4.8%, respectively.

Since the outbreak of the international financial crisis, Yongkangâ€™s export of power tools was severely blocked, and the number and amount of exports have dropped sharply. With the gradual recovery of foreign economies, Yongkang's export of electric tools gradually recovered, but the export situation is still not optimistic.

From the perspective of the distribution of trade markets, exports to emerging markets have increased slightly, of which Russia has enjoyed rapid growth, but the US and EU markets have continued to slump, with a significant drop. From January to June, exports of emerging markets (BRICs and 11 newly drilled countries) totaled 3.31 million units, and the export value was US$57.528 million, up 10.6% and 7.4% year-on-year respectively. Among them, 839,000 units were exported to Russia, and the export value was 20.33 million US dollars, an increase of 32.8% and 15.9% year-on-year respectively. The decline in exports to the United States and the European Union exceeded 10%.

From the perspective of export product categories, all kinds of product exports have declined to varying degrees, and high-priced products have seen more declines, resulting in a significant drop in the average unit price of export products. From the perspective of export amount rankings, the top five export products in descending order are electric drills, angle grinders, oblique saws (or miter saws, cutting machines), electric planers, and electric chain saws, of which the unit price is US$35.24/ Taiwan's electric chain saws saw the most significant decline in exports, with the number and amount of exports falling by 82.2% and 77.9%, respectively. At a unit price of US$60/station sawn, the number and amount of exports fell by 14.4% and 22.8%, respectively.

Although export companies have increased, the export situation of large-scale enterprises is not satisfactory. From January to June, Yongkang exported a total of 72 electric tool companies, an increase of 17 over the same period of last year. The newly added export companies are generally small in scale, of which 14 new export companies have exported less than US$500,000 in the first half of this year. In the first half of the year, the number of enterprises with exports exceeding US$10 million was the same as that of the same period of last year, but the export volume of the three companies was US$36.516 million, a year-on-year decrease of 22.1%; the enterprises with exports of US$5 million to US$10 million were in the same period of last year. The same is 12, with total exports of $77.1 million, a year-on-year decrease of 1.5%.
Home
Recent Posts
Archives
tags