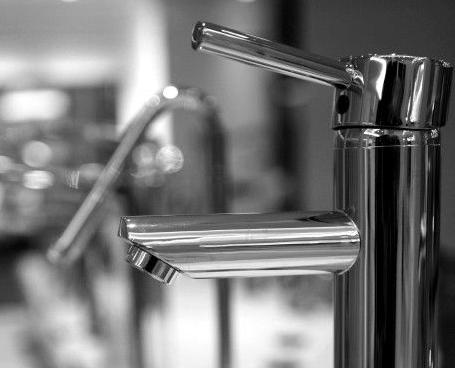 A few days ago, the Shanghai Quality Supervision Department conducted tests on some taps on the market. The results showed that nearly 30% had failed and 10% had exceeded the standard. Drinking water security has received more and more attention. For the family, the purchase of bathroom hardware is even more important. In addition, the mandatory national standard for ceramic faucets, Ceramic Sealing Taps, has been officially implemented for more than a year, and the production and sales of faucets in the sanitary ware industry have undergone some new changes. Southern Reporter visited and learned that most of the bathroom hardware stores in Huizhou currently sell ceramic faucet taps, and only a few stores are still selling copper spools.

Ceramic valve core has been widely used in households. The key is water faucet. The core component of faucet's quality is the valve core. Recently, the national compulsory standard for taps, ceramic sealing faucet, has been implemented. The ceramic valve core is fired with earth, which is more wear-resistant, high-temperature resistant and corrosion-resistant. It is a kind of valve core with environmental protection and health.

During the visit, except for a few stores, most of the bathroom hardware stores sell ceramic faucets according to national standards. The person in charge of Shenwang integrated sanitary ware Zeng Huimin told reporters: â€œSince I took over the bathroom business, I have only heard of ceramic valve cores. The ceramic valve core is of good quality, relatively firm, will not loosen, it will not leak, and the water Smooth, there will be no water-cut phenomenon." Lin Yu, manager of Zhongyu bathroom brand shop, said: "The ceramic valve core is definitely the best, ceramic is divided into imported and domestic, the price is not the same." Oupai furniture store The faucet is made of German imported ceramic valve core, priced at more than 600 yuan; Hengjie faucet is imported Italian ceramic valve core, the price is generally 600 yuan, if the surface is gold-plated or bronze high-end faucet, the price reached 2000 yuan . The salesperson of Hengjie Sanitary told reporters: â€œAlthough the national compulsory standards require the use of ceramic spools, there are still bathroom hardware stores that use other materials to produce spools.â€

Electroplated copper faucets occupy the market market faucets are generally used copper plating material, the price is also different because of different brands, materials, styles. Faucets are generally divided into washbasins, washbasins, and showers for three different uses, and the price gap is also very poor. Ordinary shop faucet prices from tens of dollars to one or two hundred dollars, the general brand stores price is three or four hundred dollars, high-end brand faucets from as little as six hundred dollars, as many as several thousand dollars.

The price of Fuhua generator faucets ranges from 70 yuan to 200 yuan, and the price is relatively cheap. Huang Wei, a salesperson, said: "These faucets are made of copper, they are not easily broken, and they are not easy to fade. The surface becomes bright and beautiful through electroplating." Because the copper content is not the same, the price is different, the higher the content, the price The higher, and vice versa. The reporter observed that in addition to surface-plated faucets, there is also a faint color on the surface of the faucet. â€œThis kind of faucet surface is made of brushed wire. The color is not as bright as electroplating, but it is stronger and smoother. But most of the customers are still I like the brighter electroplating process," Huang Wei said.

Ding Sheng Decoration Materials Co., Ltd. sells the Guang Zhong Tian brand faucet, which also uses copper plating material. Lin Zhan, the manager of the store, told reporters: â€œBy now, brass faucets are generally produced. Of course, some faucets are made of zinc alloys. The zinc alloys are rough and the quality is relatively poor.â€ The materials of Guangzhongtian Faucet are the same, only Different styles. â€œBecause of the difference in workmanship and usage, the price of Guang Zhong Tian faucet ranges from two hundred yuan to four hundred yuan,â€ said Lin Zhan.

Quality pros and cons must look at the reporter in the Shenwang integrated bathroom shop to see two similar appearance of the faucet, a price of 280 yuan, and the other one as long as more than 100 yuan, why similar water tap prices have such a big difference The boss Zeng Minhui said: â€œLook at the quality of the faucet. You can't just look at the surface. You have to look at the thickness of the faucet's copper wall. The copper wall of this more than 100 faucet is thinner and the price is naturally cheaper.â€ She took out two faucets. The reporter carefully looked at the thickness of the two-faucet copper-walled pipes and it was indeed quite different. "The thick copper faucet is of better quality because it is more insulated and solider," said Zeng Minhui. At the same time, when you purchase a faucet, you must check it carefully. The surface of a high-quality product is bright as a mirror, not a pale one. At the same time, the weight of a faucet is often relatively heavy.

In the market, the quality of faucet-equipped hoses is also uneven. Most brands use stainless steel skins and plastic inner tubes. The interfaces at both ends are made of copper. Lin Xian told reporters: â€œThe surface of these hoses is generally made of stainless steel, but some are made of aluminum pipes. The quality is relatively poor, and it is easy to fade. Touching hands will turn the hands into black.â€

After-sales service is the key "a penny for a delivery." Lin Zhan told reporters, "A few days ago, a customer came to our shop to buy a faucet. His family's faucet was originally bought in an outside shop and was made of zinc alloy. It's cheaper, but it took less than half a year. Now that the weather is hot and the temperature is high, the faucet's interface begins to burst and it's time to buy one again.â€ Guang Zhongtian sanitary ware has a six-year warranty, â€œIf during this period, , The product has any problems, we will be free on-site service warranty." Lin Zhan said.

Faucets are essential for every household's daily life, but recently, a Shanghai media survey found that faucets generally contain lead and people's health. Tips for living remind you that when you use water in the morning, be sure to put water first and let the faucet flow away overnight before you use it again.
Home
Recent Posts
Archives
tags